Marc Davis returns with his label's latest project Brothers Davis. This is a brass band project spearheaded by Marc and his musical colleague Shedrick Davis. Shed and Marc met years ago while Shed who is an electric guitar player was playing in a dive bar on the Northside of Chicago. They linked up and started recording demos. Shed introduced Marc to trumbone player 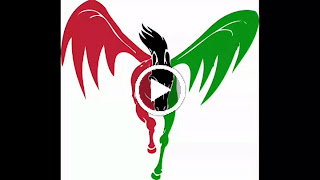 Bill McFarland and super producer and engineer Jim "Tools" Tullio and they whip up "Billy Mac Attack" along with Chris Cameron on synth and Clavinet and Travis Travis Bernard on drums. This is a big organic dance floor monster distributed by Rush Hour Music in Amsterdam.
Posted by Black Pegasus Music at 6:06 AM No comments:
Email ThisBlogThis!Share to TwitterShare to FacebookShare to Pinterest 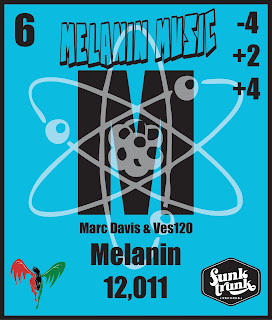 PT 1 & PT 2
Melanin Music, a polar opposite sided, limited edition 7 inch scorcher is the latest Black Pegasus Records release. This is not only the official 10th Black Pegasus' release but a collaboration between soul and rare groove collector Quinn Cunningham's Funk Trunk Records.
Part 1  Marc Davis and Ves 120 show out by tapping into ultra obscure gospel funk that praises the divine and rocks dance floors as well as J.B. style skaters!! Sadar Bahar & Tone. B. Nimble have been pounding this exclusively on early test press throughout the European club circuit. 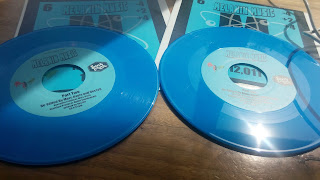 The pre orders are moving swiftly so get it before it's gone!

In Stock!!https://youtu.be/zVGViPPTNsk
Posted by Black Pegasus Music at 9:49 PM No comments:
Email ThisBlogThis!Share to TwitterShare to FacebookShare to Pinterest 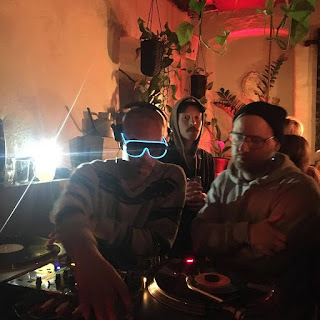 Marc will be spinning 100% vinyl of rare disco, boogie, break beats, jazz fusion, and Chicago house. Come and check out why he is your favorite DJ's favorite DJ!!
Posted by Black Pegasus Music at 9:20 AM No comments:
Email ThisBlogThis!Share to TwitterShare to FacebookShare to Pinterest 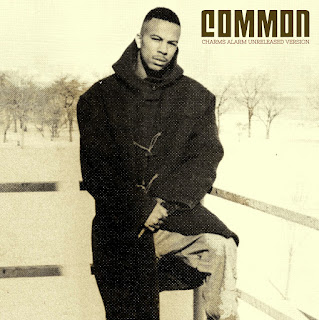 Let's take it back 25 years ago on Chicago's south east side on 87th street where you have up and coming M.C. Common Sense recording his debut album with future hip hop music production legends Twilight Tone and No I.D.

Can I Borrow A Dollar the debut album heralded a new hardcore jazz sound with non orthodox lyrical imagery and officially putting Chicago on the rap music map! But just like most albums some songs make the final cut while others disappear into obscurity never to be heard.

Luckily Marc Davis, child hood friend of Common Sense now known as Common preserved one of the only recordings of the original Charms Alarm and the U.A.C. Free Style.

Now for the first time these holy Grail songs are debuting on Black Pegasus Records on a super limited edition colored 7inch and part of the newly formed Seven Sense Series.  The new series will be unreleased demos from Common and his original music family and spear headed by Marc Davis and original U.A.C. member David "Moe" Grant. 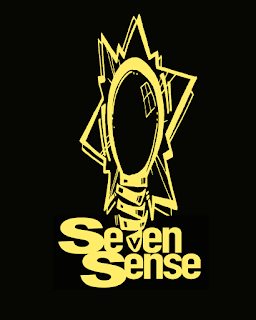 Posted by Black Pegasus Music at 12:26 PM No comments:
Email ThisBlogThis!Share to TwitterShare to FacebookShare to Pinterest


Posted by Black Pegasus Music at 8:03 AM No comments:
Email ThisBlogThis!Share to TwitterShare to FacebookShare to Pinterest


In 2009 while Marc Davis was over in Snickars Record shop in Stockholm, Sweden digging for tunes he ran across a great spirit in the name of Julian Wareing.  Marc was impressed by Julian's knowledge of Chicago's DJ's, specifically Ron Hardy and the legendary Music Box club.
"I was thinking how does a young cat from Sweden know about Ron Hardy"? says Marc. This first impression led Marc to invite Julian to come down to the Bern's Hotel later that night to hear his DJ set of rare disco, boogie, jazz fusion, and Afro rhythms.
Not only did Julian come hear Marc's set In front of a packed venue. He managed to video footage of the set which has sense gone viral on YouTube. "Nobody had ever played tunes like Marc did at the Bern's before".. says Julian.

This connection created a friendship that bonded despite the transatlantic distance.  Julian experienced "Bangin' In The Park" which is the legendary outside music event in the heart of Chicago's south east side. Here he was able to meet the creme de le creme of Chicago's taste makers of DJ's, promoters, dancers, and lovers of the "party". He met everyone from Sadar Bahar, Lee Collins, Gene Hunt, Jamal Anderson, Trent Odineal, to Hans Cherry, and Teddy Mapp.

While in Chicago Julian also spun tunes at Brian Reave's (Unified Records) night at Lava Lounge along side of Russell Dixon (RIP).
This welcomed him into the family amongst the real heads.

In 2015 Julian spliced up a very rare groovy baseline and presented it to Mika. They both agreed the joint needed to be on wax and on Black Pegasus. They took a trip to Helsinki, Finland and pressed up three acetates that created a slow buzz that bubbled for two years!!

In 2017 Marc pressed up a limited test presses and passed them on exclusively to Sadar Bahar.  Sadar did his thing and started running the tune to death while on his European and Japanese tour dates!  Every festival from Chicago's Chosen Few, Amsterdam's Dek Mantel, to Croatia's Dimensions Festival heard the monster LightHouse Theme!!
LightHouse Theme is an instrumental that is pure sweet potato pie on the dance floor!! While the B side track A Good Time is rare groove party heaven!!
Julian Wareing's LightHouse EP is 200 limited, numbered green copies!! 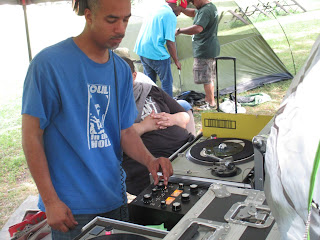 Since 2006 Marc Davis and his record label Black Pegasus has released a string of limited edition vinyl smashes. The catalogue ranges from previously unreleased golden era hip hop 7 inches, to rare and funky well sought-after disco 12 inches.  From EP's to LP's Black Pegasus’ boutique style distribution arm reaches a world wide demographic of rare vinyl collectors, enthusiasts and die hard vinyl only DJ's.  The records sound warm and phat and look distinct with it's black winged horse logo, often colored vinyl and numbered based on the amount of copies  pressed for it's release.  Black Pegasus' dropped hot joints
by Tim Dog, UltraMagnetic MC'S, MF 911, Stedy Serv, Fully G, Mika Snickars, Sadar Bahar, East Of The Rock, Tone B. Nimble just to name a few.   It is  rumored the first Black Pegasus' Ultra 7 Series release Ultra Magnetic MC'S  Ain’t IT Good To You (Unreleased Paul C. Edit) Test Press sold for over $3000 Dollars!
The labels face, sound and direction is spearheaded by Marc Davis.  His passion for tracking down music off old 2 inch reel to reels, rare Acetates, and old demo tapes is what fuels the Black Pegasus movement.  As well as being an all star record collector of jazz fusion, disco Boogie, Brazilian and African grooves Marc is a renowned international DJ.  He is  the first DJ from Chicago to spin eclectic sets of downtempo and up tempo eclectic rare grooves in some of the most under the radar and taste maker European clubs and festivals during the late 90’s until present.
This opened the door for other Chicago heavy weight DJ's as Sadar Bahar (Soul In The Hole), Mark Grusane (Mr. Peabody Records), Rahaan (Street Edits), Zernel (Grimey Records).

Marc's DJ history can be traced back to the early 80's growing up in Chicago's south east side hearing and watching pioneers Ron Hardy, Frankie Knuckles, Steve Hurley as well as practicing his skills with child hood friend and legendary producer No ID (Jay Z, Common, Kanye West game).


In 2017 be on the look out for a Marc Davis European DJ tour as well as a few surprise Black Pegasus' holy grail releases in both hip hop and disco jazz fusion as well as some previously unreleased House Music bangers!


Posted by Black Pegasus Music at 3:33 PM No comments:
Email ThisBlogThis!Share to TwitterShare to FacebookShare to Pinterest 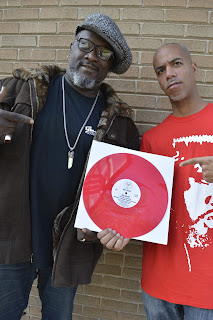 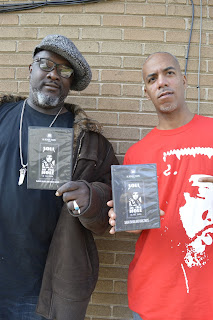 Black Pegasus' double release for Black Friday taps into the rare groove chamber this go around.The 1st joynt is a 200 copy limited edition, red colored and numbered Marc Davis' Chi Talo EP.  This is a rare and well sought after Disco Boogie Monster 12 inch re edit of both Chicago and Italy obscure 7 inches that will satisfy any hardcore vinyl collector!


The 2nd release is the Soul In The Hole In The Park DVD, featuring Sadar Bahar and Marc Davis spinning funky vinyl pieces!  For over 10 years the Soul In The Hole family has been hosting legendary Chicago summer park jam functions with two turntables, a mixer and underground Disco, Jazz fusion, Afro rhythms, and obscure Funk.  This limited release of 100 copies is a journey inside this world with interviews, rare footage and incredible music! DOING PREORDERS ONLY !!! SHIPPING WILL BEGIN DEC 17 FOR RECORDS AND DVDS !! 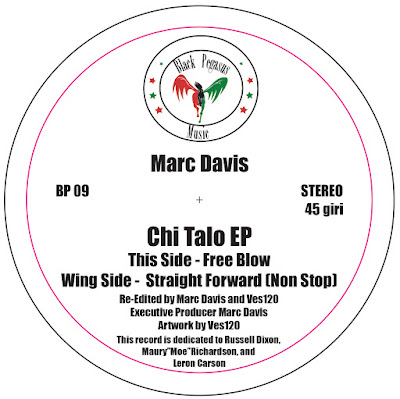 SOUL IN THE HOLE AT THE PARK DVD

DJ MOE LOVE - DIGGING IN THE TAPES VOL 1 I AIN'T DEAD YET LIMITED EDITION VINYL from pritt on Vimeo. 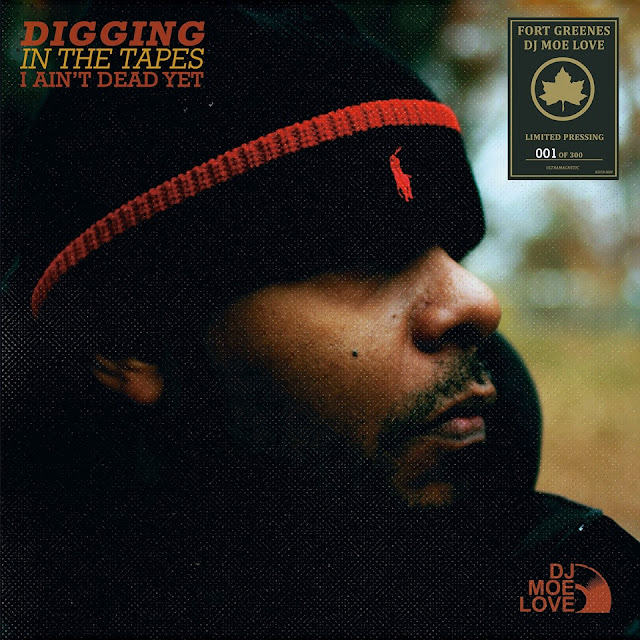 Hip hop music innovator and hard rock funk scientist DJ Moe Love is bringing the true UltraMagnetic sound. Before the Madd Lib, and J-Dilla movement, nothing was moving funkier and faster in the golden era then UltraMagnetic MC's!! In the 80's on the "nine" block on Washington Avenue in the south Bronx at Moe's cousin's Patrick and Cedric "Ced-Gee" Miller's house aka Ultra-Lab, is where Moe Love found his calling as a beat digger, DJ and Producer.

Simultaneously He watched the formation of krs One and Scott La Rock go from the Celebrity Three to Boogie Down Productions,while watching his cousin Ced-Gee produce B.D.P.'s "Criminal Minded" album to aligning with Ced-Gee, Kool Keith, T.R. Love and Original Ronnie T. to form UltraMagnetic MC's.

Moe Love's early passion for record digging consisted of rare jazz,funk and soul breaks but also the odd sound library and spoken word records is what helped shape the UltraMagnetic sound!! Moe Love's sample chops and mastery of the SP 1200 is unmatched and distinctly funky along with his trademark scratches is what keeps the essence of the hip-hop on fire.

Diggin In The Tapes/I Ain't Dead Yet picks up where the UltraMagnetic MC's Four Horsemen album left off. It's a collection of unheard SP 1200 floppy discs recorded to cassette tape originally then professionally mixed and mastered to wax!
The album sounds so organically dope you understand Moe's importance in Ultra. Moe Love adds his classic rugged scratches,cuts and left field sounds, over slick chopped saucy sweet grooves layered over hard concrete drums.

This album is a journey from the silver wall papered Ultra Lab days in the Bronx to his Forte Greene Brooklyn park jam experiences. This album is highly anticipated and brings the true heads who have been craving the original UltraMagnetic sound to the table!!

Limited colored vinyl pressing, 300 only. This will be one of those records that will find a place in your collection under timeless classic. 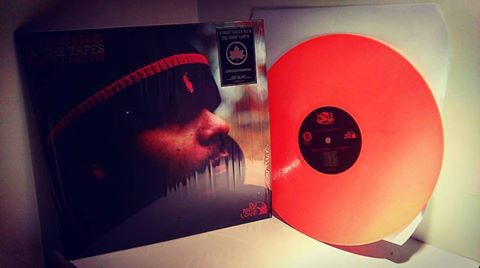 Posted by Black Pegasus Music at 6:13 AM No comments:
Email ThisBlogThis!Share to TwitterShare to FacebookShare to Pinterest
Labels: DJ Moe Love, King Of The Beats, Patrick Miller, Pritt Kalsi, UltraMagnetic 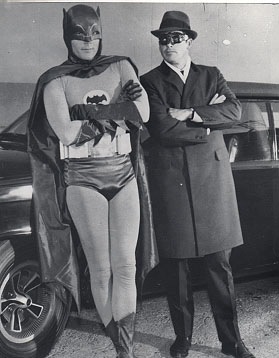 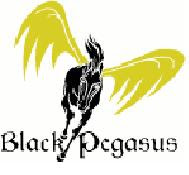